Learn about the participation of women in the war
Image

At the time of the First World War, most women were barred from voting or serving in military combat roles. Many saw the war as an opportunity to not only serve their countries but to gain more rights and independence. With millions of men away from home, women filled manufacturing and agricultural positions on the home front. Others provided support on the front lines as nurses, doctors, ambulance drivers, translators and, in rare cases, on the battlefield.

One observer wrote that American women “do anything they were given to do; that their hours are long; that their task is hard; that for them there is small hope of medals and citations and glittering homecoming parades.”

The nations at war mobilized their entire populations. The side that could produce more weapons and supply more troops would prevail in the end. Women took on new roles in the work force, notably in war production and agriculture.

In 1914, the German armaments producer Krupp employed almost no women. By 1917, women made up nearly 30 percent of its 175,000 workers and a nationwide total of nearly 1.4 million German women were employed in the war labor force. Britain also stepped up its arms production by expanding the employment of women. In July 1914, 3.3 million women worked in paid employment in Britain. By July 1917, 4.7 million did. British women served in uniform as well in the Royal Navy and Royal Air Force. In fact, the last known surviving veteran of World War I was Florence Green of the RAF, who died in 2012.

“The women worked as ammunition testers, switchboard operators, stock takers. They went into every kind of factory devoted to the production of war materials, from the most dangerous posts in munition plants to the delicate sewing in aeroplane factories.”

But even women in more traditional roles contributed to the war effort. Every housewife in the U.S. was asked to sign a pledge card stating that she would “carry out the directions and advice of the Food Administrator in the conduct of my household, in so far as my circumstances permit.” This meant canning food for future use, growing vegetables in the backyard and limiting consumption of meat, wheat and fats. Most of all, women were expected to bolster the morale of their families at home and loved ones overseas. 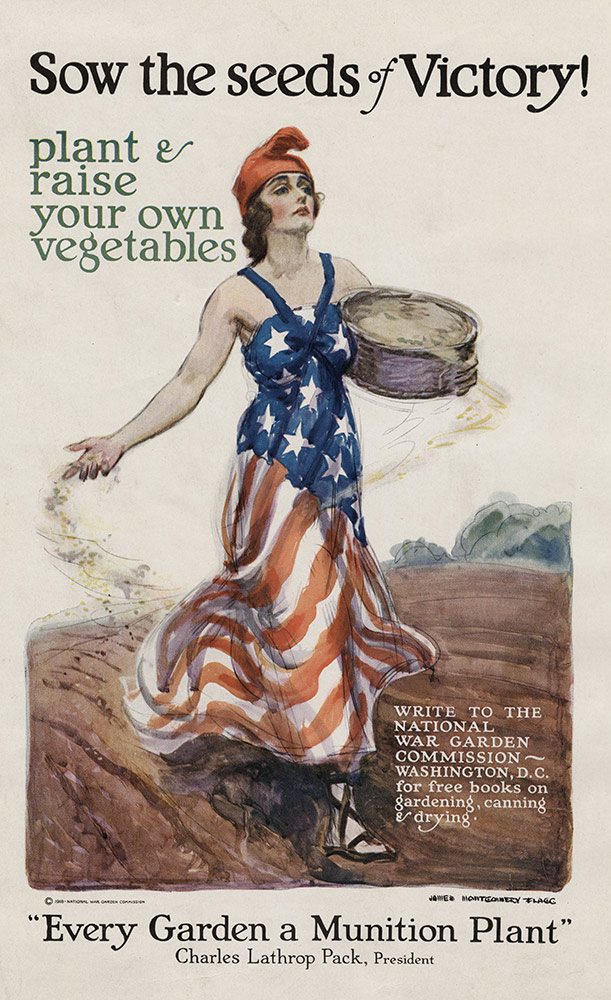 The Salvation Army, the Red Cross and many other organizations depended on thousands of female volunteers. The American Red Cross operated hospitals to care for war casualties, staffed by nurses, hundreds of whom died in service during the war. Thousands of women also served in the U.S. Army Nurse Corps and the Navy Nurse Corps. While the American Expeditionary Forces were still preparing to go overseas, U.S. Army nurses were sent ahead and assigned to the British Expeditionary Force. By June 1918, there were more than 3,000 American nurses in over 750 in British-run hospitals in France.

While nurses were accepted at the Front, women physicians faced obstacles putting their hard-earned skills to work. When these women were rejected from service in the U.S. Army Medical Corps, many sought other opportunities to serve the war effort: as civilian contract surgeons, with the Red Cross or other humanitarian relief organizations and even in the French Army.

The Medical Women’s National Association, for example, raised money to send their own doctors overseas to work in hospitals run by the American Red Cross. By the end of the war, nearly 80 women doctors from this organization were at work in the devastated regions of Europe, caring for civilians and soldiers and treating diseases such as influenza and typhoid.

During the last Allied offensive in the summer and fall of 1918, many woman doctors, nurses and aides operated near the front lines, providing medical care for soldiers wounded in combat.

“I had just given this poor boy anesthesia when a bomb hit. We were supposed to hit the floor, but he was out and didn’t know what was going on. I took a tray and put it over our heads. It wasn’t because I was brave. I was just scared.”

The automobile age was just getting underway in WWI, and motorized ambulances became key to medical treatment on the battlefield. Many women who knew how to drive volunteered to go overseas to serve as ambulance and truck drivers or mechanics. They delivered medical supplies, transported patients to hospitals and drove through artillery fire to retrieve the wounded.

Many of the women drivers of the Red Cross Motor Service and other ambulance groups used their own cars, including Marie Curie. Curie invented a mobile X-ray unit, radiological cars nicknamed "little Curies," and ultimately trained 150 women to be X-ray operators on the battlefront, of which Curie herself was one - an act that she believed contributed to her later death from radiation exposure. 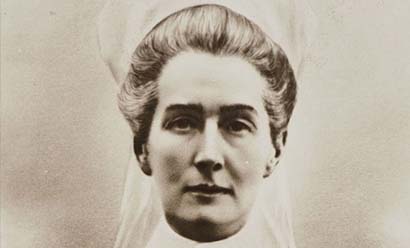 Learn about the life and death of the British nurse who helped soldiers escape from German-occupied Belgium.

Despite thousands of new recruits, the U.S. Navy was short-handed at the beginning of World War I. Vague wording in a section of the Naval Act of 1916 outlining who could serve created a loophole: women were able to join the ranks as Yeomen, non-commissioned officers. Around 12,000 women enlisted in the Navy under the title, “Yeoman (F).”

Most women Yeomen served stateside on naval bases, replacing men who had deployed to Europe. While many female recruits performed clerical duties, some worked as truck drivers, mechanics, radio operators, telephone operators, translators, camouflage artists and munition workers. They had the same responsibilities as their male counterparts and received the same pay of $28.75 per month.

Aiming to improve communications on the Western front between the Allied Forces, General John J. Pershing called for the creation of the Signal Corps Female Telephone Operators Unit. The unit recruited women who were bilingual in French and English to serve as telephone switchboard operators on the Western front. The women received physical training, observed strict military protocol, wore identity discs and worked very close to the front lines. These female recruits were nicknamed the “Hello Girls” (a term which some of them felt disparaged their efforts) and became known for their bravery and focus under pressure. However, upon their return to the United States after the end of the war, the “Hello Girls” did not receive veteran status or benefits. It wasn’t until 1977, when President Jimmy Carter signed legislation, that the few surviving women telephone operators received recognition of their veteran status. 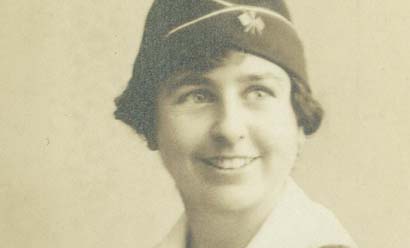 Though it would be years before many other countries allowed female soldiers, in Russia, Bulgaria, Romania and Serbia women did serve as combat troops. The best known of these soldiers was Maria Bochkareva, the founder of the Russian “Women's Battalion of Death.” The first woman to lead a Russian military unit, Bochkareva went as far as to petition the Czar for permission to enlist in the Imperial Russian army in 1914 and was granted permission to join. Initially harassed and ostracized, Bochkareva persisted, overcoming battle injuries and becoming a decorated soldier and commander.

Her all-female battalion of shock troops, the 1st Russian Women's Battalion of Death, was created in 1917 to shame men into continuing the fight. Though their training was rushed, the battalion was sent to the Russian western front to participate in the Kerensky Offensive in July 1917. Other female units were also formed for their propaganda value, but few saw combat outside of Bochkareva’s unit and the 1st Petrograd Women's Battalion, which helped defend the Winter Palace in the October Revolution. Ultimately, Russia ended their involvement in WWI with the Treaty of Brest-Litovsk on March 3, 1918. 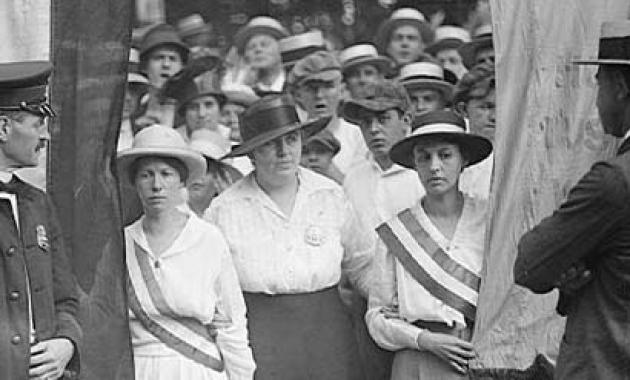 The struggle for the right to vote