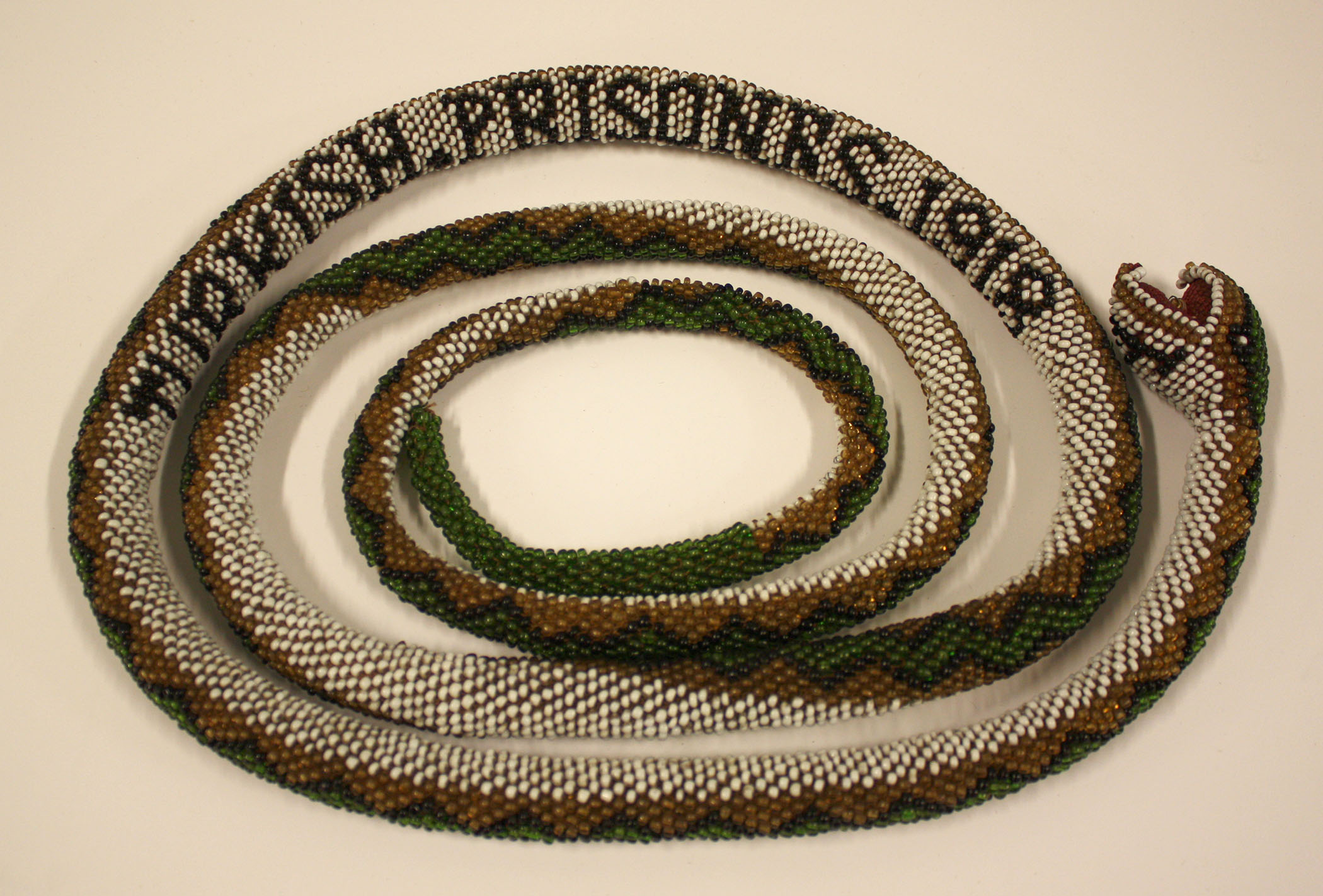 This souvenir beaded “snake,” from the service of Cyril H. Gaudreau (also spelled Goodrow), U.S. Naval Reserve, Seaman 2nd Class; U.S. S.C. #128 (Sub Chaser) and U.S. Naval Base #25, Corfu, Greece, came from the Ottoman Empire. With black beads spelling out: TURKISH PRISONERS 1918 and under the chin, the letter A, the piece was made by the beaded crochet method or weaving on small looms. Crochet beaded snakes were the most popular of the beaded souvenirs created in the prisoner of war camps. Snakes were a symbol of good luck in parts of Southeast Europe, so the prisoner of war snakes could have had a symbolic importance for their makers.

Prisoners who made the items might have been from the far-flung Ottoman Empire: Turkish, Kurdish, Arab, Greek, or Eastern European. According to recollections of Seaman Gaudreau, he was given the 74-inch long snake by Turkish P.O.W.’s to thank him for teaching them how to play baseball.

In becoming part of the collection at the Museum, the snake joins one of the largest and most diverse Great War collections in the world, now more than 330,000 items strong. To ensure the stories of the First World War are not lost for future generations, we continually seek donations of WWI objects and documents. Learn how you can donate an object and help fulfill the Museum's mission.