The World War's profound effect on the United States is often overlooked. Although the United States actively took part in the conflict for only 18 months, the war effort introduced mass conscription, transformed the American economy, and mobilized popular support through war bonds, patriotic rallies, and anti-German propaganda. Nevertheless, many people desired a negotiated peace, opposed American intervention, refused to support the war effort, and/or even imagined future world orders that could eliminate war. Among them were members of the peace churches and other religious groups, women, pacifists, radicals, labor activists and other dissenters.

Intolerance and repression often mute the voices of war critics. Almost overnight in 1917, individuals and groups who opposed the war faced constraints on their freedom to advocate, organize, and protest. The Selective Service Act of 1917 made few concessions for conscientious objectors. The Espionage Act of 1917—reinforced by the Sedition Act of 1918—prohibited many forms of speech and made it a crime to interfere with the draft. Peace advocates, antiwar activists and conscientious objectors confronted not only external hostility from the government, the press, and war supporters, but also internal disagreements over how to respond to the war and advance the cause of peace. The experience of American dissenters was not unique; their counterparts in other belligerent countries and colonial dependencies found themselves in comparable situations. Yet, those who opposed World War I helped initiate modern peace movements and left a legacy that continues to influence antiwar activism.

Earlier in the year, a call for proposals took place centering around issues of conscience, dissent, resistance, and civil liberties during World War I, in the United States and around the world. Strong conference papers may be featured in special issues of Mennonite Quarterly Review and Peace & Change.

War Against War: The American Fight for Peace, 1914-1918 and implications for today 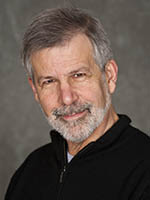 Michael Kazin is a professor of history at Georgetown University and editor of Dissent, a magazine of politics and culture which has been published since 1954. His main interest is the history of politics and social movements in the United States. Kazin writes frequently for such publications and websites as The New York Times, Foreign Affairs, The Nation, and The Daily Beast.

His books include American Dreamers: How the Left Changed a Nation, A Godly Hero: The Life of William Jennings Bryan, The Populist Persuasion: An American History, Barons of Labor: The San Francisco Building Trades and Union Power in the Progressive Era, and, with Maurice Isserman, America Divided: The Civil War of the 1960s (fifth edition, 2015). He also edited In Search of Progressive America, and Americanism: New Perspectives on the History of an Ideal (with Joseph McCartin) and is editor-in-chief of The Princeton Encyclopedia of American Political History. He has lectured widely in the United States, Europe, and Japan and has received various honors, including a Guggenheim Fellowship, an NEH Fellowship, a fellowship from the Woodrow Wilson Center, two Fulbright fellowships, a fellowship from the Graduate Center at the City University of New York, the Herbert Gutman Award from the University of Illinois Press, and the Distinguished Achievement in Research Award from Georgetown University.

The resistance to the draft during World War One in the United States was large and took many forms: from conscientious objection to a failure to register to armed confrontation. And in American history as well as the history of other English-speaking nations, it extended a long libertarian and anti-militaristic tradition — one that remains vibrant today.

Mustering Support for War: Gender Conformity and the "Inevitability" of the First World War 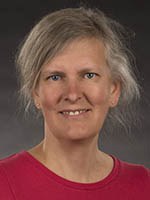 Erika Kuhlman is Professor of History at Idaho State University. She is the author of several books on women, gender, and the First World War, including Of Little Comfort: War Widows, Fallen Soldiers, and the Remaking of the Nation after the First World War. Much of the material in her keynote address comes from her book Petticoats and White Feathers, about U.S. women's protests against the Great War. She is a past editor of the journal Peace & Change.

On the eve of U.S. intervention in the Great War, participation in American pacifism had reached its peak. Woodrow Wilson, the U.S. president at the time, was a member of the American Peace Society and had campaigned in 1916 to keep the U.S. out of the European war. Given the popularity of progressive pacifism, how and why did the nation intervene? The so-called “preparedness campaign” ratcheted up its rhetoric of military strength versus weakness, which frightened many Americans. At the same time, anti-war heroes in the American Union against Militarism and Woman’s Peace Party geared up in response, demonstrating that military preparedness lay on the fault line of class conflict in the United States. Re-hearing the Congressional debate over the war declaration—which included only one female U.S. Representative (Montana's Jeannette Rankin)—makes clear that the pressure to conform to gendered expectations also played a prominent role in U.S.

On the Frontlines of Conscience: An Account of Four Hutterites Sentenced to Hard Labor at Alcatraz 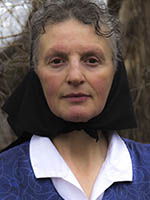 Dora Maendel was born in the rural community of New Rosedale Hutterite Colony, some one hundred kilometers southwest of Winnipeg, Manitoba, Canada. Here she spent her first eight years nurtured by stories from her parents, maternal grandmother and Maendel uncles — told in Carinthian German, their Austrian dialect. In addition to using storytelling in her teaching, Dora has participated in the Winnipeg International Storytelling Festival (WISF) since its inauguration in 2006. Dora lives and teaches at Fairholme Colony. 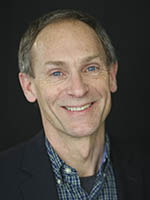 Duane C.S. Stoltzfus is a professor of communication and chair of the communication department at Goshen College, where he also serves as copy editor of The Mennonite Quarterly Review. Before joining the faculty at Goshen College in 2000, he worked as a staff editor at The New York Times. He is the author of Pacifists in Chains: The Persecution of Hutterites during the Great War.

To Hutterites and members of other historic peace churches, serving the military in any way goes against the biblical commandment “thou shalt not kill” and Jesus’ admonition to turn the other cheek when confronted with violence. Four young men from a Hutterite colony in South Dakota—brothers Joseph Hofer, Michael Hofer, and David Hofer, and Joseph’s brother-in-law, Jacob Wipf—followed these beliefs and refused to perform military service in World War I. They were among 504 conscientious objectors who were court-martialed during the war. Within a year, as a hyperpatriotic fever swept across the country, the men had traveled from the guardhouse at Camp Lewis in Washington State to Alcatraz off the coast of California and on to Fort Leavenworth in Kansas, where the two youngest died. The military listed pneumonia as the cause of death for Joseph and Michael Hofer. The Hutterites, for their part, buried the men as martyrs, citing mistreatment.

Making a stand: German Opposition to World War One 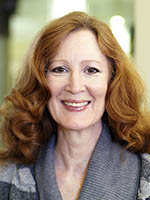 Educated at the Universities of Oxford, York and Leeds, Dr. Ingrid Sharp is Associate Professor and Director of Graduate Studies in the School of Languages, Cultures and Societies at the University of Leeds. Her research interests include gender representation and cultural history in Germany, with a particular emphasis on the First World War. She leads the Resistance to War strand of the Legacies of War project at the University of Leeds and in March 2016 organized an international conference on Resistance to War 1914-1924.

During and after the First World War, ‘German’ and ‘Germany’ became bywords for militarism and a hundred years later commemoration of the First World War centenary can sometimes give the impression that the war was accepted without opposition in Germany, and that the First World War was fought without any dissenting German voices. This talk will look beyond German militarism at the various forms of anti-war resistance practiced by German citizens, including those conscripted into the German army.

Before the war, there were social, political and religious forces against militarism that were largely suppressed but not destroyed by military censorship. The terrible experience of war also created new opposition among the scientists, politicians and soldiers who participated in it and a small but determined minority within the organized women’s movement formed international links across enemy lines to speak out against the war and to influence the peace processes.

A limited number of scholarships are available to those presenting papers at the Symposium. Scholarships are limited and, if granted, may only be a part of the sum requested. It is recommended that other funding also be actively sought. The application period is now closed. Please note that discounted student registration for the Symposium is available.